EcoForum - webinar dedicated to journalists on waste management and recycling

together with UZPR (Union of Professional Journalists in Romania), with support People and Companies, organized on September 29, 2021 a webinar dedicated to Romanian journalists. The theme of the webinar was waste management and recycling, especially waste electrical and electronic equipment and batteries. 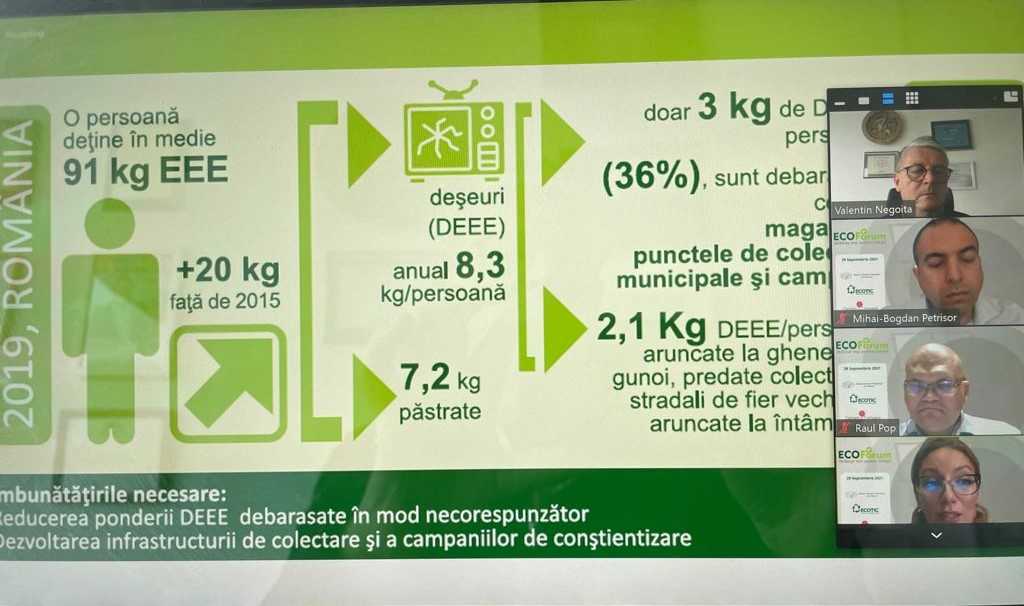 The topic is important both in terms of fulfilling our responsibilities in the field of collection and recycling of electrical and electronic waste, and in terms of how to use European funds of over 1 billion euros provided in the National Recovery and Resilience Plan to improve management waste.

In opening the webinar, Doru Dinu Glăvan, President of UZPR, Valentin Uban, Senior editor of UZPR and Valentin Negoiță, President of ECOTIC highlighted the importance of dialogue and constant and correct information of journalists on environmental issues and the use of resources.

The agenda of the event included presentations by experts in the field, such as Raul Pop, Marian David and Constantin Damov, who together with ECOTIC representatives discussed the current challenges in waste management in Romania and ways to improve it for the benefit of citizens.

Constantin Damov stressed the importance of completely rethinking the economy in order to counter the lack of resources and turn waste into resources, thus creating a flow of the circular economy. He also pointed out that the recycling of electronics reached a level of extraction of 98% of materials that were returned to the industrial circuit. He reminded that it is essential to promote separate collection which is the basis of recycling and that the support of the press is very important in this direction.

Valentin Uban strengthened the availability of the press to address and promote such issues related to community development. He also stressed the importance of promoting in real time the various actions and positive practices regarding the collection and recycling of electrical waste.

Diana Trifu presented to the participants information and key figures from the area of ​​electrical waste management, describing the collection methods that citizens have at their disposal as well as the importance of separate collection of electrical and electronic waste as a first step for environmental protection.

The debate session, moderated by Dragoș Călugăru, General Manager of ECOTIC brought to the fore the problems identified by both specialists and journalists, who are looking for solutions to solve them. In this sense, the effectiveness of the Rabla program for electronics and the ways in which the media can support separate collection were discussed - promoting positive and impactful news, conducting investigations on waste management.

Also, in order to improve the separate collection of waste, the journalists present proposed the development of an improved legislative framework and consistent enforcement of laws, a much greater involvement of local authorities, directing European funds for public awareness, involvement of local police in law enforcement waste, better informing citizens about the existence of collection points, establishing a public-private partnership that is adapted to the needs of citizens.