From 21 to 25 May, "EU GREEN WEEK" brought together in Brussels specialists, politicians, representatives of NGOs and national authorities from the Member States of the European Union in order to discuss and share good practices. in the field of environmental protection and prevention 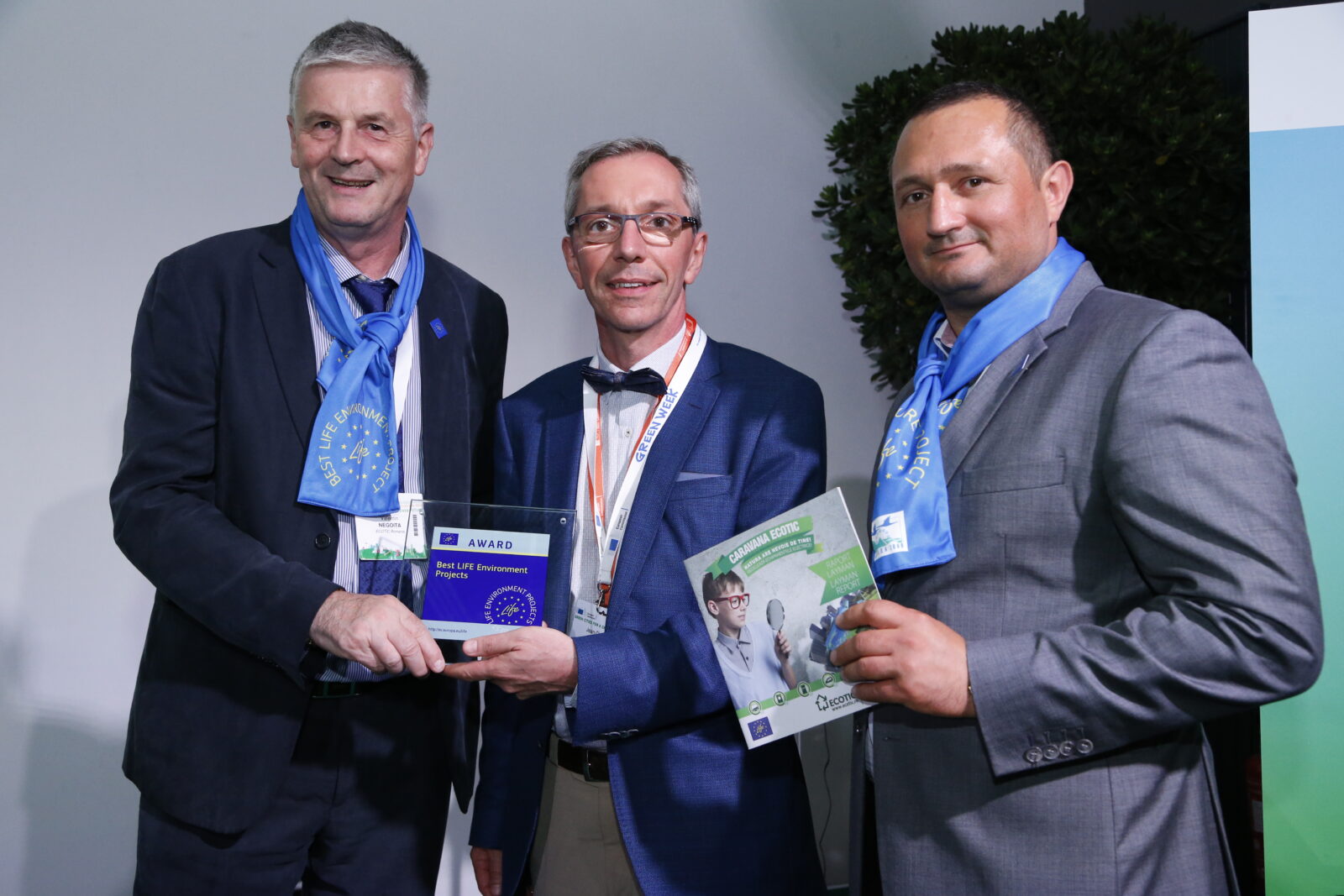 climate change. The main topics of discussion on the agenda of the event were the circular economy, the involvement of citizens in the development of green cities, urban mobility and good practices at European level. During this “Green Week”, on May 23, the awards of the LIFE funding program for the projects completed in 2016 and 2017 took place.

Since 1992, LIFE - the EU's funding instrument for the environment and action on climate change - has so far co-financed more than 4.500 nature conservation, green technologies and climate action projects.

„Congratulations to the winners and finalists of this edition of LIFE Awards! These projects show that the LIFE program has an impact on the environment, nature, climate, cities and thus the lives of European citizens. The European Commission's proposal, with regard to the long-term budget, includes supporting the European Sustainability Agenda. The budget allocated to LIFE, the specific program for financing environmental projects, has increased considerably to € 5.450 billion and continues to support a lot of urban projects." stated Karmenu Vella - European Commissioner for the Environment, Maritime Affairs and Fisheries.

The “ECOTIC Caravan” project was among the projects designated as “Best Environment LIFE Project”, the only project in Romania that received this distinction.

The "ECOTIC Caravan" was a project implemented by ECOTIC and co-financed by the European Commission through the LIFE + program, carried out over a period of 2 years, completed in 2016. The project contributed to reducing the risk of climate change by raising public awareness of proper collection and recycling of Waste Electrical and Electronic Equipment (WEEE).

The main attraction of the project was the caravan, a traveling mobile exhibition that presents 10 types of electrical and electronic equipment disassembled in order to highlight the recyclable content, as well as their hazardous content.

Since 2014, the ECOTIC Caravan has been visited from abroad 100 people from 113 localities, within the 38 campaigns carried out. Also, in the context of campaigns dedicated to schools in the last 4 years, 115 students Fish 300 schools participated in eco-education classes that took place inside the caravan.

The caravan continues to be an effective awareness vehicle used by ECOTIC in its "Recycling Station" and "School of Ecoterrians" campaigns.